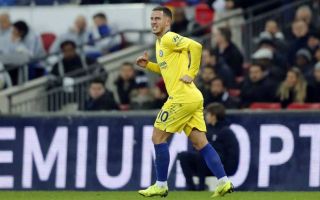 Eden Hazard has appeared to back Manchester City to win the Premier League title again and ruled Chelsea out of the running for the season after the club’s 3-1 defeat to Tottenham at the weekend.

The Blues were well beaten by their London rivals in a one-sided game at Wembley – the team’s first defeat since the Community Shield back in August.

The result knocks Chelsea down into fourth place in the league table, seven points off leaders City, who continue to look unstoppable after strolling to the title last term.

Hazard seems to have given up hope of winning the league for a third time as a Chelsea player, saying the club are now just competing for a top four place whilst singing the praises of City.

While it’s not clear if he is also ruling out Liverpool, the Belgium international makes no mention of them in his quotes below about the title race, suggesting he thinks it’s basically a foregone conclusion that Pep Guardiola’s side will come out on top of Jurgen Klopp’s men as well.

‘We are thinking about finishing in the top four, not to be the champions,’ Hazard is quoted in the Manchester Evening News. 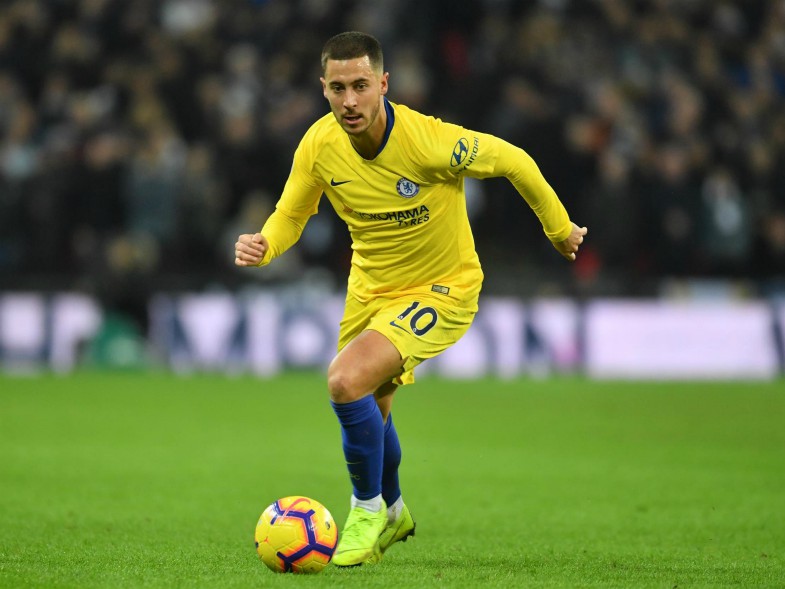 ‘We know City are not much better than Chelsea but they are better at the moment.

‘In what areas are City better? A lot of things: possession; when they have chances, they score; maybe defensively they are better. They have top players.

‘Is it due to their consistency as well, winning game after game? Yes, of course. They are in a good momentum since last year and we need to be back like this.’