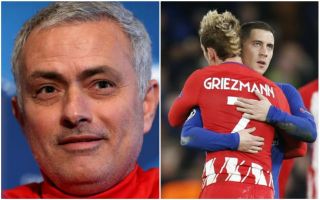 Manchester United look to be contenders for the transfer of Chelsea forward Eden Hazard amid doubts over his future at Stamford Bridge.

The Belgium international is due to be out of contract at the end of next season, and seems no closer to committing his future with the Blues.

Hazard appeared on French television this week ruling out a January transfer away from the club, though he could not give much in the way of assurances beyond then.

Ladbrokes have now been in touch with odds on Hazard’s future, with the 27-year-old most strongly linked with Real Madrid in recent times.

The bookies made the Spanish giants the clear favourites, with odds of 1/3, followed by Paris Saint-Germain at 5/2, even though he ruled out a move back to Ligue 1 in the interview above.

United are 11/2, while Manchester City are also in the running at 10/1, so it could be that there’s some possibility of Hazard remaining in England even if he leaves Chelsea.

Alex Apati of Ladbrokes said: “Hazard’s recent comments won’t have gone down well with Chelsea fans but he could soon become public enemy number one in West London with a surprise move to United or City potentially on the cards.”