The Red Devils secured a dramatic 1-0 win against Young Boys on Tuesday night in the Champions League, which secured their spot in the last 16 of the competition.

A last-gasp Marouane Fellaini strike ensured that United qualified from Group H alongside Juventus, who also posted a 1-0 home win against Valencia.

However, the game might have been quite different for Mourinho’s men had De Gea not produced one of the saves of the season late on, somehow clawing out a deflected effort which looked certain to sneak into the net.

The Spaniard has bailed his team out on numerous occasions over the course of his seven-year spell in Manchester and Mourinho acknowledged post-match just how important he is for the club going forward. 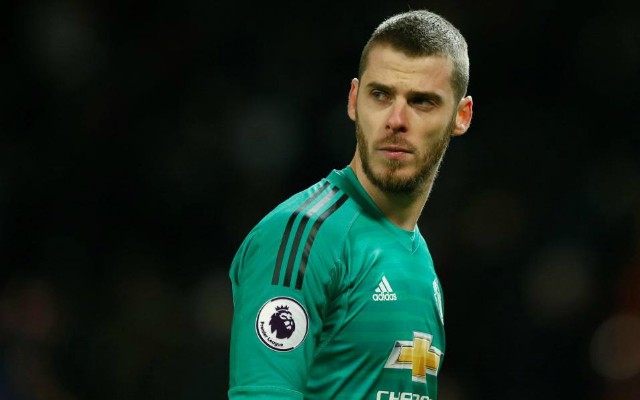 The Portuguese boss also addressed rumours that De Gea could leave the club next year, with the Manchester Evening News reporting that he has been stalling on a new deal.

United were fortunate to avoid another embarrassing result against Young Boys, having come into the match off the back of a similarly poor display against Crystal Palace on Saturday, which ultimately ended 0-0.

De Gea is one of the few players in Mourinho’s squad who can still hold his head up high at the moment and his continued presence will be vital if they are to mount a realistic challenge for a top-four finish, as well as an assault on the Champions League.

(Video) Astonishing scenes in Norway as Roma fans confront players following 6-1 drubbing
Oct 21 2021, 20:54
Roma
Man Utd player ratings vs Atalanta: A mixed bag as Cristiano Ronaldo gets sloppy team-mates out of trouble
Oct 21 2021, 10:40
Manchester United FC
Jose Mourinho ready to do Man United a €24m favour in the transfer market
Oct 21 2021, 9:10
Manchester United FC
Liverpool will fancy their chances of condemning Man Utd to equalling unwanted record from 57 years ago
Oct 21 2021, 8:23
Manchester United FC
No Pogba or Sancho: How Solskjaer needs to line up to save Man United’s season, with new formation and run of games for forgotten man
Oct 19 2021, 10:49
Manchester United FC
“It says everything” – Solskjaer sums up his dismay with Man Utd’s performance vs Leicester
Oct 17 2021, 9:22
Manchester United FC
Time for Barcelona’s Riqui Puig to accept the inevitable as Mourinho comes calling
Oct 16 2021, 8:09
Roma
Tottenham’s ‘world beater’ could be forced to admit the game is up in north London
Oct 15 2021, 10:11
Tottenham FC
Why Newcastle shouldn’t be looking any further than Jose Mourinho as their next manager
Oct 12 2021, 17:58
Newcastle United FC
Video: ‘Fair play’ – Gabby Agbonlahor has nothing but respect for Tammy Abraham’s decision to move to Italy
Oct 11 2021, 11:20
Roma