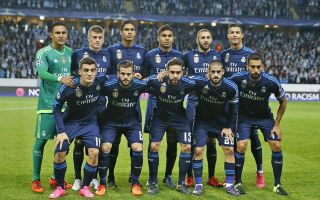 Liverpool are the latest club to be linked with an interest in sealing the transfer of Real Madrid playmaker Isco.

The Spain international is having a difficult time with Madrid at the moment, having started on the bench for the last five games in a row under new manager Santiago Solari.

It is little surprise, therefore, that there is now speculation about Isco leaving the club, with a host of big names said to be lining up for his signature.

According to Don Balon, Liverpool and Arsenal are his suitors from the Premier League, while AC Milan and Napoli want to bring him to Serie A.

Isco would undoubtedly be a fine fit for the style of play at either Anfield or the Emirates Stadium, while many neutrals would no doubt love to see him play in England at some point in his career.

It remains to be seen what will happen with the 26-year-old, however, as Don Balon state clubs have not yet met Real’s asking price of €70million.

Madrid may well find that they are able to keep hold of him, which their fans would probably appreciate after his quality performances down the years, even if the new manager for some reason doesn’t particularly seem to rate him.