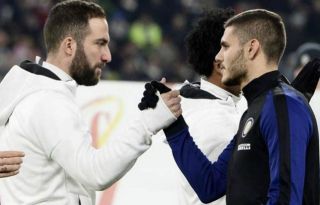 Manchester United have reportedly been offered the chance to seal the transfer of Inter Milan striker Mauro Icardi – as long as they let Paul Pogba move to the San Siro.

The France international’s Old Trafford future has been up in the air for some time now, with a return to Serie A making sense for a player who simply hasn’t done it in the Premier League.

Inter have recently been linked as surprise suitors for Pogba, and Don Balon now claim they could be willing to part company with star player Icardi to help make the deal happen.

United could well be tempted by this offer, with the Argentina international undoubtedly one of the most prolific forwards in Europe right now.

One imagines he would be a big upgrade on the struggling Romelu Lukaku up front, with the Belgian scoring only four goals this season and going ten games without a goal for MUFC.