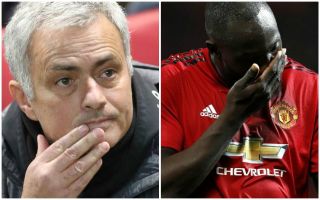 Manchester United striker Romelu Lukaku has reportedly offered himself to Real Madrid via his agent in a shock transfer development.

The Belgium international is going through a miserable spell at Old Trafford at the moment, but has long been rated as one of the most dangerous centre-forwards in Europe.

According to Don Balon, Lukaku has become fed up with United manager Jose Mourinho amid this slump in form, and has started the process of looking for a way out of Old Trafford.

It remains to be seen if Real Madrid would take Lukaku up on his offer, though there’s no doubt they’re a little desperate at the moment after losing the goals of Cristiano Ronaldo after the bizarre decision to sell him to Juventus in the summer.

Karim Benzema, Gareth Bale and others haven’t really stepped up since Ronaldo’s exit, so it could make sense for them to gamble on Lukaku, who may well improve in a more functional side.

Romelu Lukaku is going through a bad spell for Manchester United

United have been generally poor this season, with Lukaku far from the only player to seem to go backwards under Mourinho.

Other big names like Alexis Sanchez and Paul Pogba also look shadows of their former selves in this team, and it could now cost the club some of their big names if this pattern follows.