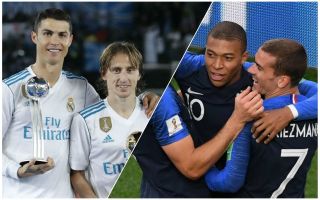 This would be the first time in over ten years that neither Ronaldo nor Lionel Messi has won the prize, and the Barcelona superstar is supposedly not even in the final three.

Modric had a superb 2018, winning another Champions League final with Real Madrid and playing a starring role for Croatia to help them reach their first ever World Cup final against the odds.

The award ceremony will be on December 3, and it will be intriguing to see if this claim proves correct.