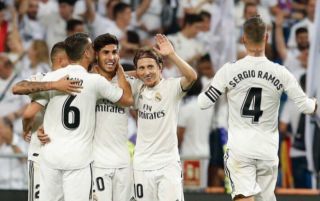 According to Diario Gol, the Spain international is adamant Los Blancos should not be moving for Icardi, which would mean the Blues face far less strong competition in their rumoured pursuit of the player.

The Daily Mail recently linked Icardi as one of two top striker targets for Chelsea, who could urgently do with a prolific performer like the Argentine to improve on the struggling Alvaro Morata and Olivier Giroud.

Meanwhile, football.london have also discussed Chelsea’s interest, stating the 25-year-old would cost around £97.5million – his release clause at the San Siro.

That is a lot to pay for a player with some question-marks hanging over his head regarding his temperament and off-the-field behaviour, which may be why Ramos is said to be against the move.

Still, Chelsea cannot afford to be picky and it’s hard to imagine Icardi would not be a big upgrade on both Morata and Giroud.