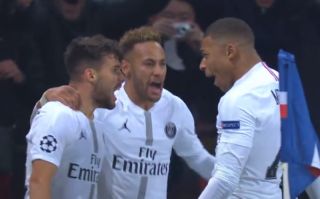 Liverpool’s defending was not at all convincing as this Juan Bernat goal gives Paris Saint-Germain a 1-0 lead in tonight’s Champions League clash.

Watch a video of Bernat’s goal below as the Spaniard broke forward well from left-back, though Virgil van Dijk gave him the opportunity with a poor clearance.

The Dutchman then stood still as Bernat fashioned the chance for himself, with the shot taking a slight deflection as it beat goalkeeper Alisson.

This is not the start Liverpool wanted, with their defence needing to be stronger in big away games like this, and Van Dijk a key part of making that work.

The Reds generally need to be stronger all over the pitch, though, with PSG the better team in most departments so far.