Chelsea boss Maurizio Sarri has sanctioned a cut-price £10m sale of this Chelsea star to Serie A giants AC Milan, the star will join Gennaro Gattuso’s side in the January transfer window.

According to a report from the Sun, Maurizio Sarri has sanctioned a £10m move away from Stamford Bridge to the San Siro for Chelsea playmaker Cesc Fabregas.

The report states that AC Milan were originally interested in making a move for the 31-year-old when his contract with the Blues expires in the summer but Milan’s midfield injury crisis has seen Gattuso make Fabregas his top target for the January transfer window. 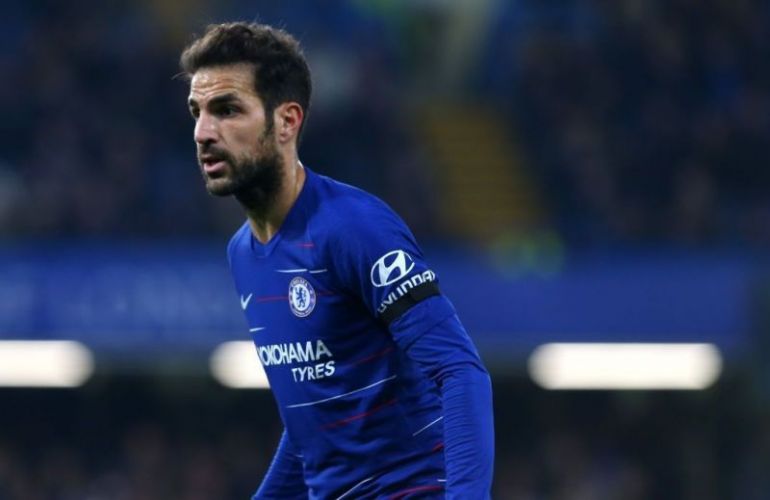 Fabregas has fallen out of favour at Chelsea since Sarri took over at Stamford Bridge. Summer signing Jorginho has been preferred by Sarri at the helm of Chelsea’s midfield three.

Fabregas has only managed three Premier League appearances for the Blues this season – all coming by way of the substitutes bench.

Should Milan land Fabregas in the January transfer window their chances of securing Champions League qualification this season will dramatically improve. Gennaro Gattuso’s side currently sit in 5th place behind Lazio.

The Spaniard has the perfect chance to get his career back on track with Milan in Serie A and the 31-year-old has nothing left to prove in the Premier League.

Fabregas is a two-time Premier League champion with the Blues and his mark will be left on the the league forever given the fact that he sits in second-place in the all-time assists leaderboard for the Premier League.

The midfield maestro has assisted 111 goals and scored 50 during his time plying his trade in England’s top flight.