Manchester United have confirmed the transfer of a new goalkeeper, bringing in 20-year-old Paul Woolston after a trial.

The youngster now has a profile on United’s official website, with the deal also being reported on in more detail in the Manchester Evening News.

Woolston will now join the youth team setup at Old Trafford and fans will hope he can have a bright future at the club.

The Red Devils have a proud tradition of bringing through youngsters from their academy, becoming known for always having an academy graduate in their matchday squad in a run going back as far as 1937.

Woolston may well find himself in the running for a first-team spot sooner than expected, of course, with David de Gea’s United future in some doubt at the moment.

The Spanish shot-stopper’s contract expires at the end of the season, and i News have already reported of MUFC looking for a replacement for him by considering moves for big names like Jan Oblak, Jordan Pickford and Keylor Navas. 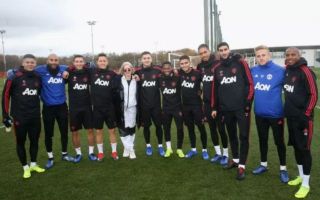