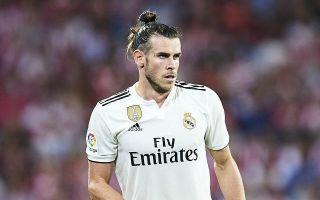 Gareth Bale’s agent Jonathan Barnett has hinted his client could be open to a future transfer to Italy amid speculation over his situation at Real Madrid.

The Wales international has endured another difficult season at the Bernabeu, failing to make the most of Cristiano Ronaldo’s departure to Juventus in the summer.

In truth, Bale has never really reproduced the best form that saw him become one of the most sought-after talents in world football in his time with Tottenham in the Premier League.

It would be unsurprising, therefore, if Bale ended up making the move back to England, with Don Balon recently linking the 29-year-old as a target for Manchester United.

The Red Devils could really do with a player of his calibre after the struggles of Alexis Sanchez since his January move from Arsenal, while youngsters Anthony Martial and Marcus Rashford have also failed to really live up to expectations and perform on a consistent basis.

If Bale could get back to anything close to his best form for Spurs, he’d be a fine signing for United.

However, his agent seems open to Bale making the move to Italy in the future, even if he didn’t give too much away regarding the Welshman’s situation.

‘Could he play in Italy? At the moment he’s happy in Madrid, if I think about the future, nothing is impossible,’ Barnett told Tuttosport, as translated by the English edition of Sport.