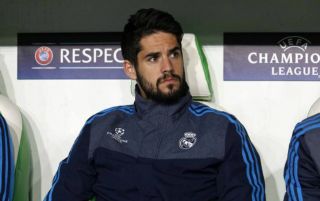 Real Madrid attacking midfielder Isco has reportedly made a big decision over his future as he favours a transfer to Chelsea.

The Spain international is going through a difficult period at the Bernabeu, having been left on the bench for five games in a row by new manager Santiago Solari before then not even making the squad for the Champions League game against Roma this week.

It is not surprising then that Premier League clubs have been linked with snapping up Isco as he’ll surely want to move on if he continues not to play.

The latest from Don Balon is that Isco wants to join Chelsea, which looks a big boost for Maurizio Sarri as he faces uncertainty over a couple of players.

Eden Hazard’s contract is due to expire at the end of next season, while Mateo Kovacic is only at the club on loan, with Isco capable of replacing either of those positions.

Still, the 26-year-old has also been linked with Arsenal and Liverpool by Don Balon, and it looks like they could miss out as he decides to head to one of their rivals in England.

Those clubs could also do with strengthening in attack, with Liverpool lacking some spark and creativity behind their front three as Naby Keita has been slow to settle since joining the club this season.

Arsenal, meanwhile, face the prospect of losing Aaron Ramsey at the end of the season when his contract expires, while Isco could also fill in further forward after Danny Welbeck’s injury, or generally as an upgrade on the inconsistent Alex Iwobi.