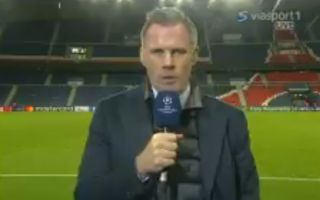 The Brazil international scored the winning goal for PSG in a 2-1 victory at the Parc des Princes, but Carragher was fuming about some of his diving.

The former Reds defender also slammed some of the other PSG players, questioning how they could go home to their families after that kind of behaviour.

Some of the highlights shown in the video below are pretty bad, but one imagines Carragher is also feeling a little aggrieved because his old side were on the end of it…

.@Carra23: – [The PSG players] should be embarrassed. I don't know how they go back and speak to the families and wives in the players lounge.#ViasportFotball pic.twitter.com/UeglHJWsxv