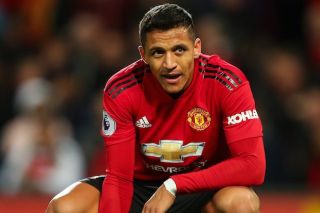 Alexis Sanchez’s injury could rule him out for as long as a month, according to a journalist who’s well-connected at Manchester United.

Reporter Duncan Castles believes the Chile international will be out for at least a month, meaning he’s set to miss some hugely important games for his club over the festive period.

Alexis Sanchez expected to be out ‘for at least a month’ with a hamstring injury suffered in training today. #MUFC #CHI https://t.co/0l3rK9OvRq pic.twitter.com/tOLLgaDkNQ

When the news broke earlier this evening, it was initially claimed by Neil Custis that Sanchez would only be out for around two weeks.

Alexis Sancgez our with hamstring injury for at least Two weeks

However, one imagines Castles has a good idea of what’s going on behind the scenes at Old Trafford having long been a reliable source for United-related news.

If he’s correct and the 29-year-old will now sit out a month’s worth of fixtures, here’s a look at some of the big opponents the Red Devils will have to line up against without their big-name January signing:

That’s potentially eight games, and maybe more, including Arsenal at home and Liverpool away in the Premier League, as well as Valencia away in the Champions League, though at least they are already through to the last 16.

Video: Jose Mourinho insists Manchester United star should have been sent off for elbow to the face

Still, this could be a big blow, even if Sanchez himself has been well below par since joining the club nearly a year ago.

The South American could have done with a good run of games to get back to his best but will now have an even harder time getting back into the team once he’s back.

United, meanwhile, will likely see their squad really stretched over this tricky period.