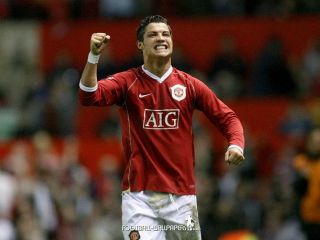 Although he’s been restricted to just two appearances for Man Utd so far this season, Diogo Dalot hopes to make a big impression at Old Trafford and has revealed Cristiano Ronaldo’s influential role in his decision to move to Manchester.

The 19-year-old has impressed in both of his outings, but particularly due to his injury issues, he hasn’t been able to add to that appearance tally as he would have liked.

Nevertheless, given his age and his recent arrival, he’ll have plenty of time to settle and prove his worth in the coming years, if he does enough to continue to convince Jose Mourinho that he deserves a place in his squad of course.

Speaking on his decision to move to Man Utd though, Dalot has revealed that compatriot Ronaldo was a big influence in that as he saw the success and impact that he made at Old Trafford, and wants something similar for himself moving forward in terms of his own progression.

“For me, since I remember, he was the inspiration to play football and of course, if you asked me if the fact he played here was also an influence to come, then of course I say yes,” he is quoted as telling MUTV by The Mirror.

“The way he played here, the way he developed, was unbelievable. I want to make that step too, to improve and play for many, many years here.

“It was a proud few years for Manchester to have him here and, hopefully, one day the United fans will say it was good for them to have Dalot here.”

Time will tell if that happens, as the youngster will have to perform at a high level on a consistent basis year in and year out to gain that level of affection from the supporters as well as the plaudits from the pundits.

Nevertheless, it’s interesting to hear him speak of Ronaldo’s impact, as clearly the Juventus superstar’s legacy at Old Trafford lives on and perhaps it could help the club moving forward to continue to land their top targets if they wish to follow in his footsteps.