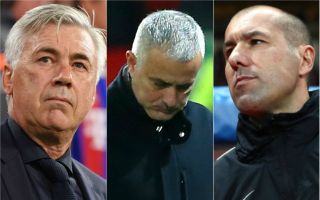 Manchester United fans are growing sick and tired of the dross served up by Jose Mourinho every week.

If the results were better, like they were in at the height of his anti-football career at Chelsea and Inter Milan, maybe fans would be willing to put up with it.

But, they’re not. United drew 0-0 at home to Premier League strugglers Crystal Palace in their last league game, and even though they’ve won four of their last six, each of those victories has only been by the odd goal.

Stats recently showed the Red Devils have been involved in 20 goalless draws since Sir Alex Ferguson retired – by some distance the most of any of the big six sides in that period.

While there seems to be no sign of a change in the dugout at the moment, it’s hard to imagine Mourinho can has much longer if his approach doesn’t bring in silverware or entertain the Old Trafford crowd.

Here’s a look at five managers who’d get this team playing the United way – with two of them currently available as well, by the way…

Linked on several occasions as a target for United earlier this season, talk has since gone quiet about former Real Madrid manager Zinedine Zidane making his way to Manchester.

Still, the Frenchman would be a superb choice, having won three Champions League finals in a row with Real Madrid in some style.

Of course, it helps when you’ve got Cristiano Ronaldo and Luka Modric in your squad, but Zidane seems to know how to put together a fast, attack-minded side that can blow teams away on the big occasion.

He’s not the hot property he once was after a slightly disappointing spell at Bayern Munich, but Carlo Ancelotti has had a great career at the top level of management.

Now at Napoli, the Italian tactician is getting his side playing some beautiful football again, as he’s done in previous jobs at AC Milan, Chelsea and Real Madrid.

More importantly perhaps, Ancelotti seems to win titles wherever he goes, but unlike Mourinho, he always seems committed to putting on a show as well. 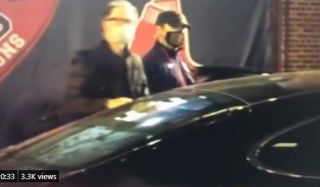 Recently sacked by Monaco, it might seem strange for United to swoop for Leonardo Jardim given the state he seemed to leave the Ligue 1 club in.

However, the Portuguese was in a difficult situation with Monaco, having to constantly sell top players and rebuild the side almost from scratch.

It wasn’t that long ago, however, that Jardim put together an immense free-scoring side that unexpectedly beat Paris Saint-Germain to the title and reached the semi-finals of the Champions League in 2016/17.

United could do well to pounce now that he’s out of work as he’d surely do a fine job with the resources available to him at Old Trafford.

The Borussia Dortmund manager is doing a fine job since taking over this season, helping the side to the top of the Bundesliga.

In fact, BVB look favourites to finally end Bayern Munich’s title dominance at the moment, which is no mean feat.

Dortmund are also playing some fantastic football under Favre, who has got the best out of players like Marco Reus and Jadon Sancho and who also has the experience needed to take on a big job like United.

Mauricio Pochettino would be perfect for Manchester United

Finally, a name linked with bigger clubs all the time, Mauricio Pochettino should undoubtedly be in the Red Devils’ thinking if they get rid of Mourinho any time soon.

The Argentine has worked wonders on a shoestring budget at Tottenham, and has his teams playing fine flowing football on the foundation of a solid defence as well.

In short, he sounds not far off being the next Sir Alex Ferguson, and in a less competitive era in the Premier League he’d have the medals to show for it by now.

One imagines he would get far more out of this United side than Mourinho is at the moment.