Espanyol midfielder Marc Roca is the subject of interest from Barcelona and Real Madrid, after impressing for the club at the start of the season.

The 22-year-old has been ever-present in La Liga as Espanyol have stormed into the top five, one point ahead of Los Blancos and just five behind leaders Sevilla.

Roca has been called up to Spain’s U-21 squad for his recent displays and has a bright future ahead of him, however, he may not be plying his trade at the RCDE Stadium for much longer.

According to Don Balon, Barcelona are set to do battle with Real Madrid for the Spaniard’s signature in the January transfer window, as they both look to bring in reinforcements to aid their pursuit of domestic and European glory in the second half of the season.

The Parakeets have put a €40 million price tag on Roca’s head to ward off potential suitors already, but that is unlikely to deter two of the biggest clubs in world football. 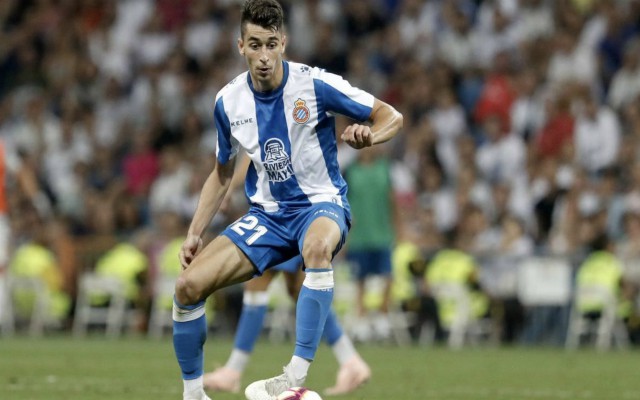 Madrid may hold the upper hand in this particular duel, as the rivalry between Barcelona and Espanyol remains as fierce as ever, but they are also in the market for another of the latter’s stars: Mario Hermoso.

Los Blancos have endured a difficult start to the 2018-19 campaign and currently sit sixth in La Liga, having lost five of their 13 matches to date.

Their need to strengthen in the winter window might be greater than Barca’s at this point, but the Catalan giants have problems of their own defensively, with a record of 19 league goals conceded already.

Roca has good defensive instincts and could certainly add a steely new dimension to any team, but it remains to be seen who comes out on top in the race to lure him away from Espanyol next year.