Manchester City officials have made contact with Lyon over the possibility of signing Houssem Aouar after Pep Guardiola publicly praised him.

According to L’Equipe, Liverpool, Chelsea and Arsenal are also interested in the Frenchman, who has impressed in the Champions League and in Ligue 1 at the start of the season.

The 20-year-old was particularly outstanding against City in Europe on Tuesday night, as Lyon secured a 2-2 home draw against the Premier League champions.

City boss Guardiola approached Aouar after the game and praised the midfielder for his efforts, before also singling him out in an interview on Thursday.

The Spanish manager told Sky Sports: “Houssem Aouar is a very good player. He is incredible.

“He’s always very calm with the ball at his feet, with an excellent technical quality.”

L’Equipe reports that City have now announced their interest in the Lyon starlet and with the January transfer window just one month away, a bidding war between four Premier League clubs could be on the cards. 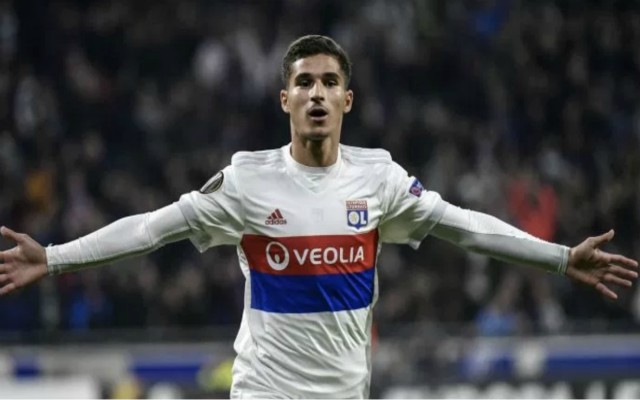 Aouar excels in a quarterback role at club level, sitting deep to dictate the play with his range of passing, while also displaying a relentless tenacity to win back the ball when out of possession.

He is also capable of starring as a number 10 or out wide on the left, with great composure on the ball and superb dribbling skills which help to drive Lyon forward at every opportunity.

Guardiola is in the market for midfield reinforcements, with Fernandinho approaching the twilight years of his career at 33-years-old and the French youngster would certainly add quality to the City team as well as a new dimension in the middle of the park.

This particular story looks set to develop quickly in the new year, as Chelsea, Liverpool and Arsenal try to topple City in the Premier League title race, while also challenging for major European trophies in the second half of the season.