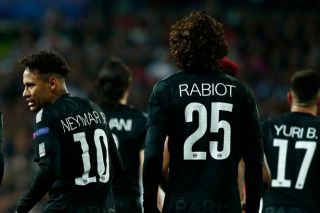 Barcelona have reportedly reached an unofficial agreement with Adrien Rabiot on personal terms ahead of signing him on a free next summer.

The 23-year-old will see his contract with Paris Saint-Germain expire at the end of the season, and as of yet, there has been no suggestion that he’s set to sign a renewal.

In turn, speculation has been rife over his next club, as with the quality and experience that he possesses, he would undoubtedly be a great addition for any side.

As reported by Mundo Deportivo, via the Italian media, it’s been suggested that following a meeting between Barcelona officials and his mother, who is also his agent, an agreement was reached on personal terms.

No official agreement or announcement is allowed until January 1 and beyond, as per regulations, and so it’s stressed in the report that this is merely an informal breakthrough which suggests that Rabiot will be plying his trade at the Nou Camp next season.

If accurate though, it’s great business from Barcelona’s perspective, as they’re snapping up a great player for no transfer fee. Further, given his technical quality and creativity on the ball, he is arguably a perfect fit for the style of play adopted by the Catalan giants, and he could make an immediate impact.

Time will tell if a switch to Barcelona materialises, but no official word will arrive on the situation until after January 1. From PSG’s perspective, they’ll surely be pushing for a cut-price deal in January to avoid losing him for nothing and so that could yet complicate matters.