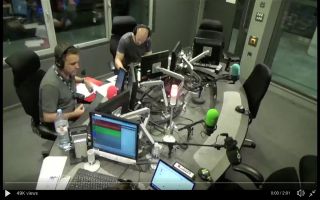 Out-of-favour attacker Origi scored a surprise winner in the 96th minute of the match after a terrible mistake by Everton and England No.1 Jordan Pickford.

Here is what Danny Mills had to say on Klopp’s celebrations:

“I think it’s disrespectful…you cannot run into the middle of the pitch to celebrate with your players – last minute or not.”

Check out the video of Klopp storming the pitch below:

Klopp will surely face punishment from the FA for storming onto the pitch and the Liverpool boss could face a ban for his actions.