Arsenal are reportedly one of the clubs preparing a €60million bid to seal the transfer of Lyon star Tanguy Ndombele.

According to Don Balon, Ndombele’s immense performances have caught the eye of La Liga’s big two in the form of Barcelona and Real Madrid, though he’s already being targeted by Premier League clubs.

The 21-year-old looks an immense talent and is compared with both Manchester United star Paul Pogba and Chelsea’s N’Golo Kante in Don Balon’s piece.

This is a fair comparison, with Ndombele playing like something between those two, providing the fine work rate of Kante with the silky skills of Pogba going forward.

A tremendous box-to-box player, it’s clear Ndombele could be a great fit at Unai Emery’s Arsenal, who will no doubt need to strengthen in midfield in the near future. 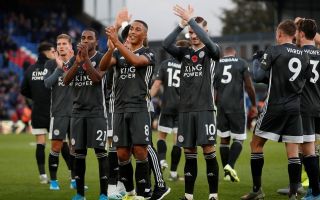 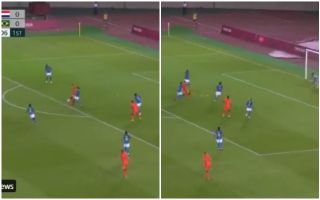 Aaron Ramsey is set to be out of contract at the end of this season, while doubts remain over players like Granit Xhaka and Mohamed Elneny as options in the middle of the park.

Don Balon also mentions Manchester City as being in for Ndombele, and he could be a fine fit for them as well as they need a long-term replacement for ageing star Fernandinho.

Contact made: Real Madrid register their interest in signing Tottenham star this summer May 14 2021, 9:53
Tottenham FC

Spurs fans hit out at star who was frustrating under Mourinho for his performance vs Southampton Apr 22 2021, 14:43
Tottenham FC

‘You understand how he behaves’ – Tottenham star on another collision course with Mourinho after recent outburst Feb 28 2021, 9:30
Tottenham FC