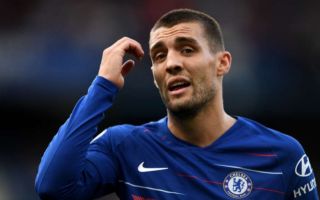 Chelsea are reportedly already exploring the possibility of sealing the transfer of on-loan Real Madrid midfielder Mateo Kovacic on a permanent basis.

The Croatia international has shone in his time at Stamford Bridge so far, and it is little surprise that the Blues may be keen to keep him beyond this season.

Kovacic looks ideal for Maurizio Sarri’s side’s style of play, having rarely been given such a key role during his time with Madrid.

According to the Evening Standard, however, one potential obstacle Chelsea are way of in getting this deal done is Real using their interest in Kovacic to their advantage in their pursuit of Eden Hazard.

The Belgium international will be out of contract with CFC at the end of next season, and it would undoubtedly be a huge blow to lose him.

However, landing a player in return might not be such a bad deal for Chelsea, even if Kovacic would not be a like-for-like replacement.