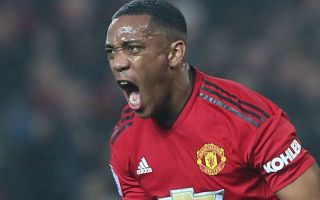 Manchester United striker Anthony Martial made an interesting piece of history with his goal against Arsenal in Wednesday night’s 2-2 draw.

The France international scored United’s first equaliser at Old Trafford, just a few minutes after Shkodran Mustafi had given the Gunners a 1-0 lead.

In doing so, Martial became only the second United player in the Premier League era to score a goal on his birthday, with the former Monaco man turning 23 this week.

According to Opta, Wayne Rooney is the only other player to manage this feat, having also scored against Arsenal on his birthday back in 2004.

Martial will certainly be glad to have celebrated with a goal, continuing his recent improvement in Jose Mourinho’s side this season.

Still, United will be disappointed not to have come away with three points with yet another unconvincing performance at home this term.

The Red Devils have a great record in games against Arsenal at Old Trafford, but both sides were ultimately quite evenly matched on this occasion with defensive errors being the main theme of the night.