Man Utd are reportedly set to secure the signing of exciting young talent Noam Emeran ‘in the coming weeks’, according to reports in France.

The Red Devils are currently struggling as they continue to languish in eighth place in the Premier League table. With that in mind, it could be argued that they should be looking for players capable of offering an immediate impact.

SEE MORE: ‘WTF is he on about?’ – These Man Utd fans left baffled by what Jose Mourinho said about Fred

However, according to RMC Sport, it’s suggested that they have reached an agreement with Emeran, and are now going to close in on a deal with Amiens worth €10m to snap up the 16-year-old forward in the January transfer window.

Further, it’s added that United have fended off competition from Juventus, Valencia and Paris Saint-Germain, which perhaps says it all about how highly-rated and talented the starlet is.

Time will tell if something official is announced in January and how United oversee his development in the years ahead, as perhaps a loan move elsewhere to play regularly will be the smartest move rather than allowing him to get frustrated with a lack of playing time at Old Trafford as the years go on.

Nevertheless, while it appears as though United have certainly landed a top talent for the future, it may not be the type of signing that Jose Mourinho or the fans want to see in January.

As they continue to sit eight points adrift of the top four in the Premier League, it’s all well and good signing top prospects for the future, but reinforcements to strengthen the current squad in the second half of the campaign should arguably be the priority at this stage.

However, there will still undoubtedly be plenty of excitement if a deal is officially announced for Emeran in the coming weeks as touted in the report. 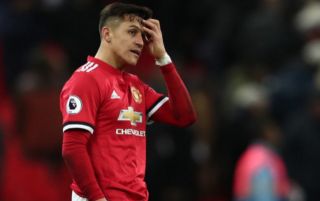