One of Manchester United’s targets who has been tipped to improve their defensive woes has shut down rumours of a move to Old Trafford, whilst launching a scathing attack on Jose Mourinho.

According to a report from the Express, Borussia Dortmund defender Manuel Akanji has revealed that he will not be moving to Old Trafford as long as Mourinho is in charge of the Red Devils.

23-year-old Akanji joined Dortmund in the January transfer window from Basel and the Swiss international has since become a mainstay in Dortmund’s defence under Lucien Favre.

Akanji told German publication WAZ this on a potential move to United:

“It’s true that from an early age I was a fan of Manchester United,”

“But at the moment I’m not really looking at the games because I do not like the way they play under Jose Mourinho.”

It speaks volumes of the current situation at Old Trafford that even a childhood United fan isn’t too keen on the prospect of playing under Mourinho. 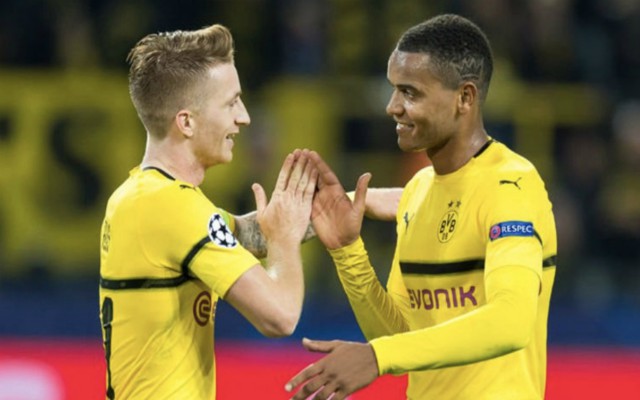 Lucien Favre’s Dortmund side could break the dominance of Bayern Munich this season.

Dortmund are seven points clear at the top of the Bundesliga table after 13 games. Should Favre’s sides defy the odds and win the league this season, big moves for Dortmund stars like Akanji will certainly be on the cards in the summer.