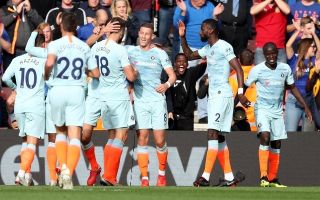 Real Madrid are reportedly considering a surprise transfer raid for one of their former players – Chelsea striker Alvaro Morata.

The Spain international has had a pretty miserable time since leaving the Bernabeu for Stamford Bridge, not looking the part in the Premier League at all.

Morata was a pretty effective option off the bench in his time with Real, but has not looked good enough to be a regular starter for a team like Chelsea.

The 26-year-old has just 22 goals in 68 games in all competitions for Chelsea, and may now have lost his place altogether.

Blues boss Maurizio Sarri axed Morata from his squad to play Manchester City this weekend, going with Eden Hazard as a false nine up front.

Alvaro Morata back to Real Madrid?

It doesn’t look good for Morata and Don Balon now claim Madrid are considering him as one of their options for a signing up front.

There’s no doubt Los Blancos could do with strengthening in attack after losing Cristiano Ronaldo in the summer, but Morata is surely not the player to help them get back to their best.

It may be that Morata would show his best football again with a move back to La Liga, but at the moment it looks a big gamble.

Don Balon list other big names as being on Real’s radar, and one imagines the likes of Paulo Dybala, Mauro Icardi or Roberto Firmino would all be far superior options.