Liverpool are interested in signing Pascal Gross from Brighton when the transfer window reopens, as Jurgen Klopp looks to increase his squad depth.

The Reds are top of the Premier League after 16 matches of the 2018-19 campaign and remain unbeaten, a point ahead of defending champions Manchester City.

Klopp’s men have emerged as the biggest threat to City’s crown over the last few months and currently boast the league’s best defensive record, having shipped just six goals to date.

Summer signings Alisson, Xherdan Shaqiri, Naby Keita and Fabinho have all settled in nicely and there seems to be a real balance to Liverpool’s squad this year, as they chase a first league title since 1990.

According to Team Talk, despite their early-season success, Klopp is hopeful of bringing in midfield reinforcements during the January transfer window and Brighton’s Pascal Gross has thusly emerged as a primary target for the club.

This surprise news comes just two days after Liverpool secured a 4-0 win at Bournemouth which underlined their title credentials and showcased Klopp’s considerable options across the middle of the park.

Jordan Henderson, Keita, Fabinho and Georginio Wijnaldum are all fighting it out for a regular spot in the starting XI at the moment and the arrival of Gross would only increase competition for places.

The German midfielder won the Seagull’s Player of the Season award last term, having impressed since his move from Ingolstadt in the summer of 2017. 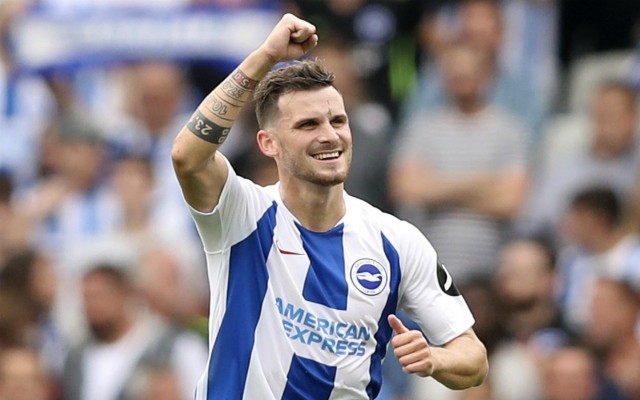 Gross remains a key part of Chris Hughton’s squad at Brighton but he would surely be tempted by a high profile switch to Anfield should an offer be forthcoming in the new year.

The 27-year-old is valued at £15 million and could help Klopp reinforce his squad ahead of a crucial second half of the season, where injuries and fatigue are more likely to come into play.

Gross has experience of playing in the Premier League and he could thrive if given the chance to step up a level,  but we will have to wait and see until next year if this mooted deal comes to fruition.