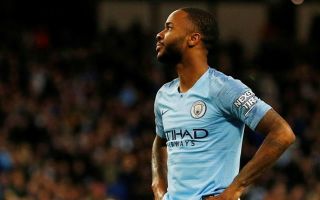 Liverpool manager Jurgen Klopp has sent a classy message to Manchester City star Raheem Sterling after he appeared to be the victim of racist abuse in the game against Chelsea at the weekend.

A supporter from the home crowd seemed quite clearly to be shouting racist abuse at the England international, who took to Instagram to address the matter afterwards.

When asked about the incident in his press conference today, Klopp showed his typical class with a nice message to Sterling, saying he dealt with it brilliantly by ignoring people who deserve to be ignored.

Sterling is of course not the most popular player at Liverpool after leaving the club back in 2015, but one imagines even most Reds fans will feel some solidarity with the 24-year-old, with no one deserving to be attacked and insulted because of the colour of their skin.

Klopp’s message illustrates that, as he praised Sterling and also called for hateful and bigoted views not to be given attention.

‘I watched the game and I saw the situation with the few guys shouting. I didn’t hear what they said. I thought his response was brilliant – these people don’t deserve any reaction, any respect,’ the German was quoted by James Pearce.

‘There need to be punishments for this. At least 95% of the people are not like this. Punish them but they don’t deserve that we talk about them.’

"There need to be punishments for this. At least 95% of the people are not like this. Punish them but they don't deserve that we talk about them."