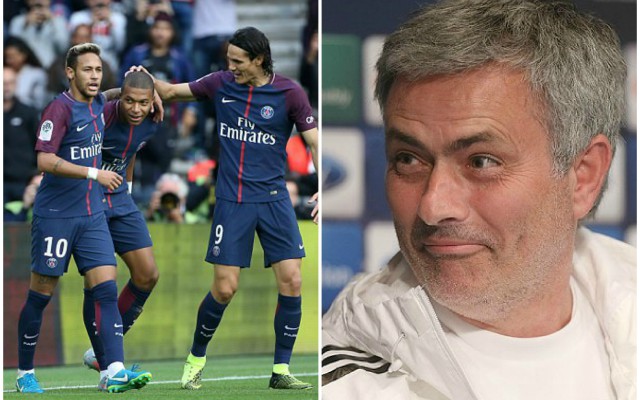 Manchester United manager Jose Mourinho is said to be in disbelief as Paris Saint-Germain look ready to sell Edinson Cavani on the cheap in the January transfer window.

The Uruguay international, one of the most prolific centre-forwards in world football for a number of years now, has been linked with a £45million move to Chelsea by sources in France today.

CaughtOffside understands Mourinho and United have now been alerted to his availability and are lining up a bid of their own as it seems the lethal marksman could move for a very reasonable price.

The Red Devils could certainly do with a new striker after the big dip in form suffered by Romelu Lukaku this season, while players like Alexis Sanchez have also not really done their bit to ease the goal burden on the Belgian.

If United can beat Chelsea to Cavani’s signature it could be crucial for deciding the race for the top four this season, with Maurizio Sarri’s side also lacking quality up front.

If they cannot strengthen with someone like Cavani this January and United get their hands on him instead, it could make all the difference in helping Mourinho overtake his former club in the table between now and May.