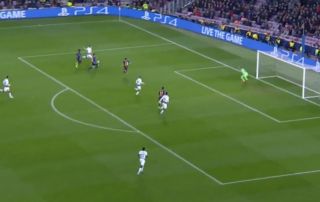 Lucas Moura scored a hugely important goal for Spurs this evening to rescue his side’s Champions League hopes in their clash vs Barcelona.

The north London side found themselves needing to match Inter Milan’s result vs PSV, and given that the Italian side were drawing, they required a goal to go through to the Champions League knockout stages.

Up step Mr Lucas Moura. The Brazilian winger found himself on the end of Harry Kane’s cross in the 85th minute, as he buried the chance to rescue his side’s hopes of qualifying for the next round of the competition.

Talk about leaving it late, lads!

Is this the goal to send @SpursOfficial through?