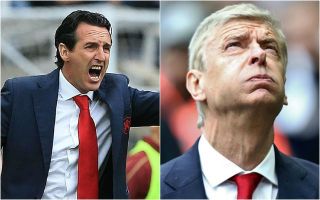 Former Arsenal star Paul Merson believes that Lucas Torreira has finally plugged a hole in the side that has existed for over a decade.

The 22-year-old has made 21 appearances so far this season and has quickly established himself as a crucial figure in Unai Emery’s midfield.

As expected by those who saw him for Sampdoria previously, the Uruguayan’s tenacity, energy and intensity has been crucial in Arsenal’s midfield, giving them more solidity and cover off the ball to help protect their defence.

Further, Torreira has also scored two key goals in recent weeks and has chipped in with the odd assist, which in turn has all contributed to Arsenal’s current 22-game unbeaten run across all competitions.

Rightly, he has now received praise as Merson has insisted that Arsenal have now finally addressed a long-standing problem as Torreira is exactly what they’ve needed for years.

“They’ve been crying out for someone like him since Gilberto Silva and Patrick Vieira. He gets around people, closes players down, gets everybody fighting. He’s not a natural passer, but he sets the tempo,” he told Sky Sports.

“For the last four or five years they’ve been one of the worst in the world without the ball. He has changed that. They needed it, we all knew that, Arsene Wenger knew it but he was too stubborn to go and get someone.”

Merson also rightly noted that the midfield star will only improve and develop as he matures and gains more experience, so the Gunners appear to have landed a vitally important figure for their long-term future too.

Nevertheless, the true test will be if they can now build on that, continue to strengthen the squad in key areas and move towards qualifying for the Champions League and winning trophies, as that will ultimately dictate whether or not Torreira, Emery and the club in general have had a successful campaign.

They certainly appear to be moving in the right direction after stagnating and drifting away from their rivals under Arsene Wenger, despite the veteran boss deserving plenty of credit too for the job that he did at Arsenal.