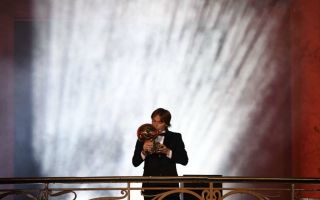 Real Madrid and Croatia stalwart Luka Modric has had a stellar 2018, and in turn has rightfully had that acknowledged with prestigious awards.

The latest of which was the Ballon d’Or which he received in Paris earlier this month, although there were some notable absentees from the ceremony in the French capital.

Albeit they weren’t the only big-name stars to not attend, neither Cristiano Ronaldo nor Lionel Messi were present, and it seems as though Modric isn’t particularly impressed with the decision merely because they didn’t have a trophy to collect.

The 33-year-old makes a fair point in truth, as it seems disrespectful to the winner as well as the award itself that they can’t make the effort to attend, unless of course they are preparing an acceptance speech on the way.

“I cannot speak why someone didn’t turn up at an award ceremony, it’s their choice,” he told Sportske Novosti, as translated by ESPN. “It doesn’t make sense, does it? It seems these votes and awards are only significant when they win it.

“It’s unfair to fellow players and voters who have nominated them in the past 10 years, as well as to football and the fans. However, people will act the way they think they ought to.”

Evidently it was in no way meant to be disrespectful towards their own achievements and the quality that they possess, as Modric was eager to make that point as he joked that ultimately the superstar duo remain in a league of their own despite his personal success this year by pipping them to the key awards.

“If the debate is going to be about how good a particular player is, the only course of action is to award all trophies to Messi and Ronaldo until they retire and scrap the voting.”

Time will tell who claims the major awards next year, but it remains to be seen if Modric’s words are noted and if those who are expected to attend do indeed decide to do so regardless of whether or not they’re set to win.