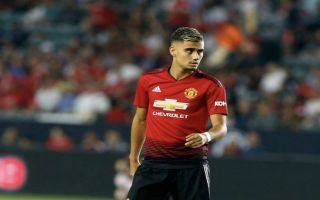 Andreas Pereira has only been a fringe player at Manchester United this season – starting just two Premier League games – but the one-time Brazil international is the subject of widespread interest from elsewhere.

According to The Mirror, the 22-year-old has rejected the offer of a new contract from the Red Devils and is looking for regular first-team football.

West Ham could provide it and The Mirror claim that the Hammers are plotting a January loan move.

It is also reported by the newspaper that Arsenal and Chelsea are keen on Pereira too.

Pereira’s current contract is due to expire in June, but it is likely that United would activate an option to extend the deal by 12 months before sanctioning a loan move in January.

Upon his return to Old Trafford in the summer, United would presumably either try again to convince Pereira to commit his future to them or look to cash-in on interest from elsewhere.

Based on the assumption that Pereira is frustrated at Old Trafford due to having a squad-rotation role, it seems hard to imagine him wanting to join Arsenal or Chelsea as one imagines he would also struggle to be a first-team regular at the Emirates Stadium or Stamford Bridge.

READ MORE: Chelsea could confirm £60m deal for wonderkid next month… signing may be part-funded by £25m sale