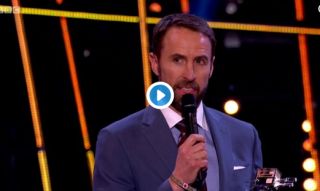 England manager Gareth Southgate was serenaded by some fans with that iconic chant we heard during those glorious summer months at the World Cup.

The Three Lions boss picked up the Coach of the Year prize at this evening’s Sports Personality of the Year ceremony, and gave a classy speech as ever.

Southgate paid tribute to his players and others that played their part in England reaching the World Cup semi-finals – their best performance at the tournament since 1990.

A hugely popular figure, Southgate is now the subject of a chant inspired by Atomic Kitten’s ‘Whole Again’ – and he couldn’t escape it, even tonight:

Southgate, you're the one ? 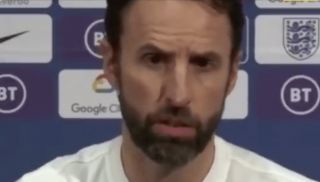