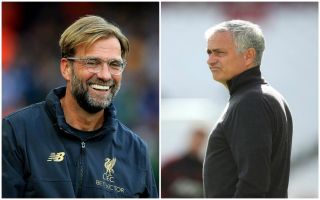 Xherdan Shaqiri’s shock double off the bench has seen Liverpool help Manchester United on their way to beating a unwanted record this season.

Shaqiri’s strike in the 80th minute means that United have now conceded one more goal than they managed to in the entirety of last season. United’s defensive woes have never been as bad as they are now.

Jose Mourinho’s job as United boss could be hanging by a thread following the Red Devils’ 3-1 defeat against their bitter rivals.

United were on the back-foot for the entire match and their defence were scraping by until Shaqiri was brought on – the attacker proved to be the key to victory for the Reds and Shaqiri’s performance will no doubt see fans hail him as the bargain buy of the season.

Manchester United have now conceded 29 goals in the Premier League this season – one more than the whole of 2017/18. ? pic.twitter.com/kInySRQFm9

Liverpool’s win also sees them regain the top spot in the league, Jurgen Klopp’s men have a one point lead over reigning champions Manchester City.

The Reds are the only side capable of derailing Pep Guardiola’s plans of dominating the Premier League.