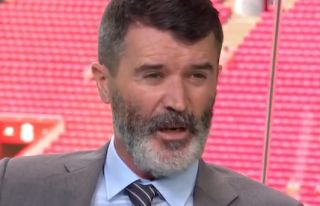 Roy Keane appeared to single out Manchester United midfielder Paul Pogba and striker Romelu Lukaku for criticism as he assessed his old club’s situation ahead of today’s game with Liverpool.

The Red Devils have been in poor form for much of this season, and manager Jose Mourinho has tended to take much of the blame for that.

However, Keane also believes much more is needed from players, as he calls for their own personal pride to kick in.

The Irishman mentioned Pogba and Lukaku in his analysis, suggesting they might be the kind of characters over whom there are question marks regarding their suitability to playing under Mourinho.

"At some stage, the players have to take responsibility." ?