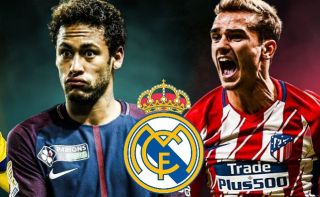 Real Madrid are reportedly edging ever closer to pulling off the ambitious transfer of Paris Saint-Germain superstar Neymar.

According to Don Balon, Los Blancos lead Barcelona for Neymar’s signature after negotiations with the player, in what would be an incredible purchase for the Spanish giants.

MORE: Real Madrid star wants regular football or a transfer away in January

Having sold Cristiano Ronaldo to Juventus in the summer in what increasingly looks a bad decision by the club, Real have made a poor start to the season and lack something special up front.

Players like Gareth Bale and Marco Asensio have not stepped up, and so a new signing like Neymar is surely needed for Madrid.

The Brazil international has been one of the very best attacking players in the world for a number of years now, and has already shown he can do the business in La Liga after a spell at Barcelona.

Neymar to Real Madrid? He certainly looks good in white

Indeed Neymar’s ties with Barca could make this a very controversial move, especially as Don Balon suggest there is some interest from the Catalan giants in re-signing the 26-year-old.

Still, Real’s need is surely greater right now after losing Ronaldo, with few in the world better equipped than Neymar to fill that void.