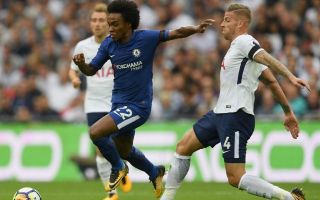 Manchester United manager Jose Mourinho is reportedly putting his club under pressure to deliver a centre-back signing in the January transfer window.

The Red Devils have endured a miserable start to the season and were well beaten again at the weekend as they fell to a 3-1 loss away to Liverpool.

It is little surprise, therefore, to see the Toby Alderweireld transfer rumours surfacing again after the Belgium international was a target for the Red Devils in the summer.

CaughtOffside understands Alderweireld was one of a number of defensive targets eyed up by Mourinho to be vetoed by United at the time as the club were concerned about the Portuguese pursuing short-term targets.

The latest, however, is that Mourinho is now piling the pressure onto his club due to that lack of summer investment, with Tottenham defender Alderweireld a prime target at around £40million, according to the Sun.

It remains to be seen if Mourinho can win this internal battle, but Alderweireld seems a solid potential addition if an agreement can be struck in the middle of the season.

Given Spurs are big rivals for United in the running for a top four spot, it may well be a bit ambitious to get them to sell such a quality player in January.