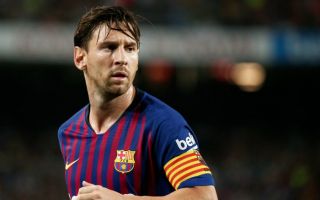 Barcelona captain Lionel Messi has become the first man to reach 50 calendar goals in European football this year, after his hat-trick against Levante.

The Argentine maestro was at his brilliant best on Sunday night as Barcelona dismantled Levante 5-0 away from home in La Liga, to extend their lead at the top of the table to three points.

According to Sport Bible, Messi managed to reach a couple of new milestones in the process, most notably reaching a half-century of goals for the eighth time in the last nine years.

The last time he failed to reach the 50 mark was back in 2013 – when he only managed to achieve a modest tally of 45 – and the highest amount he has ever managed to achieve was the year before that, as he found the net an astonishing 91 times during 2012.

The 31-year-old star continues to break boundaries in the modern game and shows no signs of slowing down, once again beating his rivals to the punch by reaching 50 goals at a record pace this year.

It is astounding to think that Messi was named as the fifth best player in the world at the Ballon d’Or awards, given the incredible statistics which back him up and the way he makes everything look so effortless on the pitch.

The Blaugrana skipper now has 20 goals to his name in just 19 matches this term and seems to be ageing like a fine wine, as the club chases yet more domestic and European success.

Messi has one more game to add to his record tally before the winter break takes effect in Spain, which is a clash against Celta Vigo at the Camp Nou on Saturday and no one would bet against him wowing the home crowd with his finishing ability once again.

His exceptional talent and ability should never be taken for granted and this latest landmark is a stark reminder that even after over a decade at the top of European football, Messi is still standing out as the best in the business.

Video: Disgraceful scenes from Lionel Messi as he’s given a straight red for violent conduct as Barca lose to Athletic Bilbao 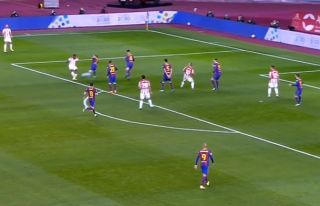 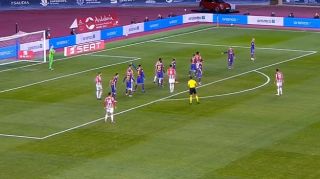 Video: Villalibre stuns Barcelona to make it 2-2 as they fail to learn from set piece let-off
More Stories Lionel Messi