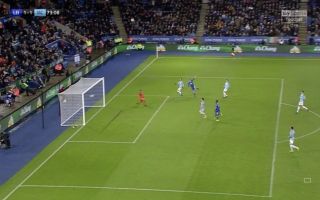 Leicester City winger Marc Albrighton’s goal has levelled the scores up at 1-1 at the King Power Stadium on Tuesday night, with penalties now looming.

Manchester City looked like they were heading into the Carabao Cup semi-finals thanks to a 14th minute Kevin De Bryune strike, but they have been pegged back by the 29-year-old’s sensational equaliser.

Wilfred Ndidi fired over a superb 40-yard ball which bypassed the entire City defence and Albrighton brought it under control with one superb touch, before firing home an unstoppable volley to send the home fans into hysterics.

If neither team can find a winner before the 90-minute mark, penalties will be needed to decide who goes through to the next round.

What a goal by Marc Albrighton ?? pic.twitter.com/ZlItD9SuWT