Chelsea have been paired with an interest in Bournemouth striker Callum Wilson, and they could get the ideal scouting opportunity on Wednesday night.

The Blues face Eddie Howe’s men in the League Cup in midweek, and assuming Wilson is given the nod to either start or come off the bench, the Blues will be given a perfect chance to run the rule over the forward.

As noted by The Mirror, he has been linked with a move to Stamford Bridge, although he does have a reported £35m price-tag and so it remains to be seen whether or not Chelsea are willing to splash out to snap him up.

The 26-year-old is having another impressive season having bagged nine goals and six assists in 18 appearances in all competitions, matching his tally from last season in half the number of games to suggest that he’s perhaps ready to mature and take his game to the next level.

Whether or not that process will continue as a Chelsea player remains to be seen, but as per the Mirror, assistant boss Gianfranco Zola didn’t do a great deal to dismiss the speculation.

It would seem as though Chelsea could do with attacking reinforcements, especially a clinical forward given neither Alvaro Morata nor Olivier Giroud have been able to establish themselves as a prolific presence in the final third.

Morata has managed seven goals in 21 appearances so far this season, while his French teammate has contributed just five goals in 19 outings.

Wilson’s record doesn’t suggest that he can be a prolific goalscorer for Chelsea and so perhaps that should be an immediate reason to drop their interest and focus on another target to fix an obvious problem.

However, he brings plenty more to the table and perhaps Maurizio Sarri sees him fitting in as a key part of his plans moving forward if the Blues opt to make an official bid and can reach an agreement with Bournemouth. 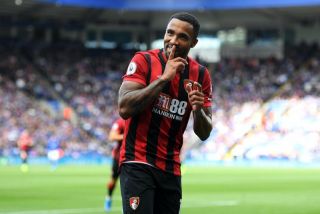