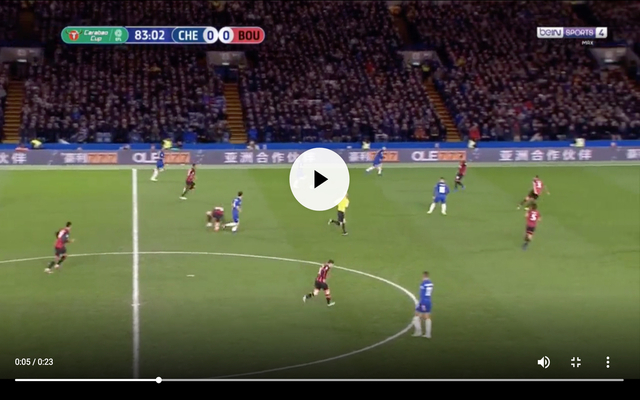 Eden Hazard scored in the 84th minute of Chelsea’s Carabao Cup quarter final clash against Bournemouth to continue his heroics for the Blues in the league cup.

The Belgian superstar used his trademark trickery to beat his man on the left wing before playing a pass into Pedro, the Spaniard then back-heeled the ball back into Hazard’s path.

Hazard fired a thunderous first-time shot towards goal which was deflected in off Bournemouth defender Charlie Daniels.

Check out Hazard’s goal below:

The wing wizard also scored a dramatic late winner for the Blues in their Carabao Cup clash against Liverpool when the sides meet at the end of September.