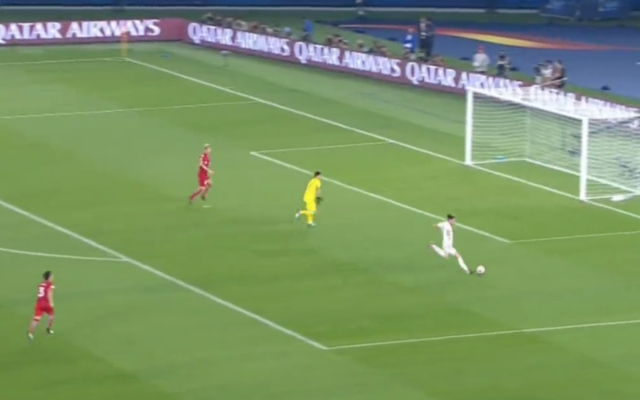 Bale, who has struggled to find his form so far this season, scored his first hat-trick of the campaign for the Spanish giants to effectively put them in the final.

Bale’s first was a fine finish from a tight angle with his left, whilst his second saw him take advantage of a mistake to slot home with his right.

The forward’s third goal was great as well, as Bale opened up his body before firing the ball home with his favoured left foot from inside the area to give Kashima Antlers’ ‘keeper no chance.

You can watch all the goals below. The finish for the first one!