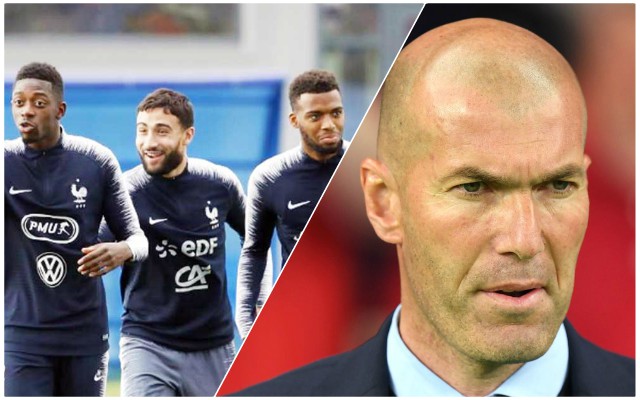 Manchester United transfer gossip is really flowing at the moment and there’s some big news coming out of Spain just a couple of days after Jose Mourinho’s Old Trafford sacking.

The Red Devils are bound to be busy behind the scenes at the moment as they eye up Zinedine Zidane as their next manager, while the former Real Madrid boss will surely have transfers high on his agenda.

According to a stunning revelation from Don Balon, Barcelona forward Ousmane Dembele has decided to snub Paris Saint-Germain in order to join Zidane at United.

The report states the France international will cost €100million, and this could well be a match made in heaven from a United point of view.

MUFC need more talented attackers in their squad after the struggles of Alexis Sanchez and Romelu Lukaku, and Dembele is a huge young talent who would surely only improve if given more chances.

The 21-year-old also seems a perfect fit for his fellow Frenchman Zidane, who will no doubt be eager to give him a key role in his side.

Capable of playing up front or out wide, Dembele seems an important addition for this struggling squad, and if it’s correct that Zidane’s appointment has swung it in terms of his future that’s huge news for the Premier League giants.