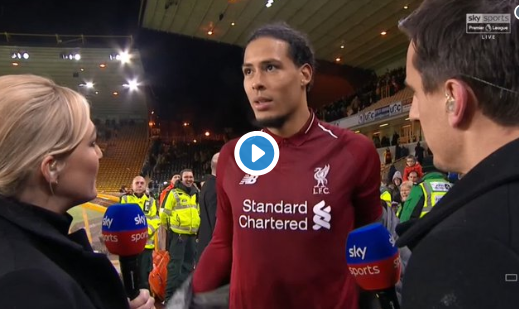 Liverpool defender Virgil van Dijk revealed he wasn’t really 100% tonight as he put in a superb performance in the 2-0 win over Wolves.

Remarkably, the Dutchman revealed after the game in this interview below with Sky Sports that he had a bit of a cold going into tonight’s game.

Despite that, Van Dijk was a commanding presence at the back once again for Jurgen Klopp’s side, and even helped himself to a goal in the second half.