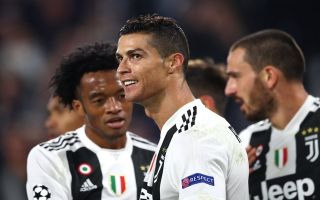 The date of when Juventus superstar Cristiano Ronaldo is to receive his two-year prison sentence for tax fraud has been revealed.

According the Mirror, the 33-year-old is to be sentenced for fraud and made to pay a £16.9M fine, as well as being given a two-year prison sentence, on the 21st January 2019.

This comes after the forward was accused of failing to pay £12.8M in taxes on the money he earned through his image rights between the years of 2011 to 2014, as per the Mirror.

However, luckily for fans of Juventus and the player himself, Ronaldo won’t be spending time in prison, as sentences of two years or lower in length can be served on probation in Spain, as reported by the Mirror.

Ronaldo will be counting his blessings that his sentence wasn’t any longer than two years, as if it was, he would’ve had to spend some time behind bars, something that wouldn’t been disastrous for his career and his current club Juventus.

Ronaldo isn’t the only world superstar who’s been found guilty of tax fraud over the years, as in 2017, Lionel Messi was also handed 21-month sentence for the same thing, however his sentence was later changed to just a fine as per the BBC.

The Portuguese sensation’s off-field drama doesn’t seem to have affected his displays on the pitch, as the forward has made a fine start to life in Turin with Juve this year, scoring 12 and assisting 8 in his first 21 games for the club.

And we’re sure given how driven and focused Ronaldo is, he’ll continue to keep up this form as we head into the latter stages of the season, even despite his life off the pitch taking a turn for the worse.