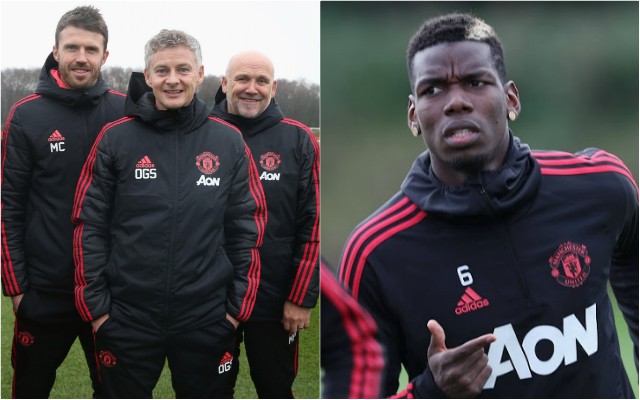 Manchester United’s new manager Ole Gunnar Solskjaer singled out Paul Pogba and David de Gea as two outstanding players in his squad as he addressed his squad properly for the first time.

The Norwegian tactician has been placed in charge of the Red Devils until the end of the season following the sacking of Jose Mourinho earlier this week.

It won’t be an easy job for the relatively inexperienced Solskjaer, who has to revive a struggling and demoralised squad who have massively under-achieved for some time.

Still, in speaking to the United players, Solskjaer is said to have reminded them of their world class qualities, singling out Pogba for being a World Cup winner, whilst referring to goalkeeper De Gea as the best player in the world in his position, according to the Metro.

This sounds like the kind of confidence boost that MUFC players need after playing within themselves for some time.

Mourinho was known for being rather harsh and critical on his players, which, while successful for him in the past, did not seem to have the desired effect on this group.

Fans will now hope United’s stars can start expressing themselves and playing better football than the unconvincing style brought in under Mourinho that neither brought results nor joy to anyone involved.