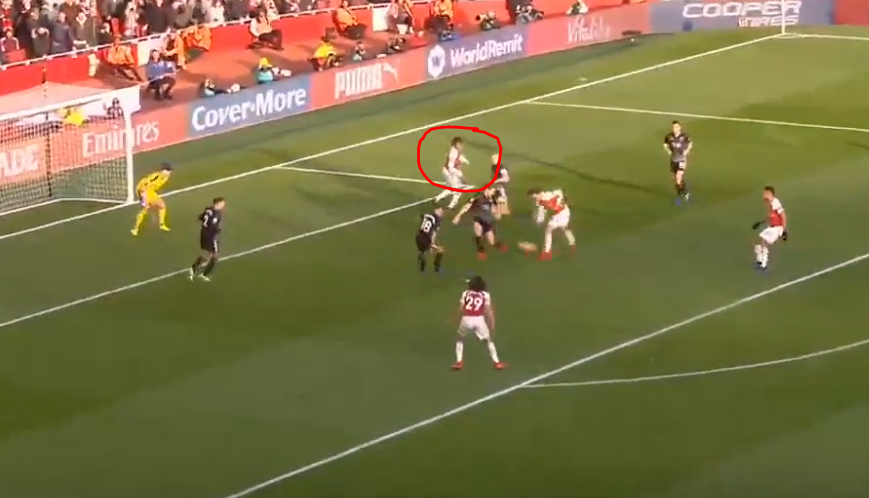 Alex Iwobi made it 3-1 to Arsenal against Burnley in their Premier League clash at the Emirates Stadium this afternoon.

However, some fans seem to think there was a hint of offside as the Nigeria international powered home from close range after another assist by Mesut Ozil.

To be fair, it looks a pretty close one to us, so we’re not sure the officials could have been expected to see it at high speed.

Ozil does well to thread a little pass through to Iwobi, who then finishes decisively to restore the two-goal lead for the Gunners and deliver all three points.

Earlier in the game, Pierre-Emerick Aubameyang scored a fine opener in the first half and an even better strike to make it 2-0 in the second period.

Burnley then pulled one back but it wasn’t enough as Unai Emery’s side got back to winning ways after two consecutive defeats to Southampton and Tottenham.

Iwobi is offside, linesman right in line just allows it, why? #ARSBUR

They just not going to mention Iwobi was offside then?? Instead it’s a ‘close one to call’ get to fuck #ARSBUR

Sure we always have dodgy decisions against us, iwobi offside in build up, what a surprise #TwitterClarets