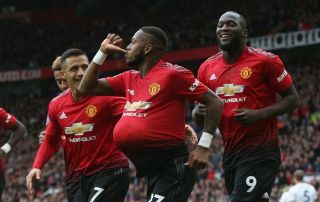 Chelsea manager Maurizio Sarri has reportedly instructed his club to seal the transfer of Manchester United forward Alexis Sanchez in a surprise move.

The Chile international is also on the agenda of Paris Saint-Germain after struggling at Old Trafford, but Don Balon also claim Chelsea have been in for him with an £85million offer.

Although Sanchez has been far from at his best in a United shirt, he was one of the finest players in the Premier League during his time at Arsenal and could revive his career if given the chance at the right club.

Chelsea need to strengthen up front after the struggles of Alvaro Morata and Olivier Giroud, and Sanchez seems like a player who could shine under Sarri’s tactics and philosophy.

It remains to be seen if the Blues can get this somewhat ambitious deal done, as United may well be wary of selling a potentially top talent like Sanchez to a rival.

Then again, at the age of 30 and with his best form perhaps behind him, this could be a great opportunity for the Red Devils to cash in on a player they signed on the cheap who simply hasn’t settled in Manchester.